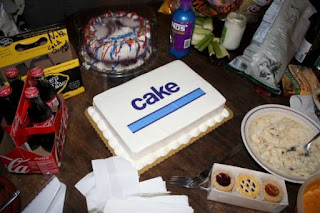 Media Potluck was the late night brainchild of Cap Blackard and Nick Jade, aka Nick Martinolich - two friends with a love of eclectic media and a drive to share their strangest finds.

As our first ever post read: "we have spent our entire lives scouring thrift stores, dying video rental houses, and flea markets in a never ending quest to uncover forgotten music, movies, magazines, and other galactic funk. No matter the quality of the media we post, in one shape or form they are beautiful (and enriching)." Every post is a labor of love and excitement at discovering and/ or paying tribute to something forgotten and special - going down rabbit holes and digging toward even more startling discoveries or strange truths.

In 2009 our humble blog teamed up with media outlet Consequence of Sound for our partnered series, Audio Archeology, which became a regular feature of theirs through 2012, and we also took the premise of a "Media Potluck" to its logical conclusion: hosting a monthly series of themed double-feature movie potlucks in Orlando, FL; featuring memorabilia and short talks by Nick and Cap about the history of the films. In 2010, the blog briefly moved an all-new site, MediaPotluck.Net, which unfortunately has been lost to digital oblivion, along with the few posts that were unique to that iteration.

This potluck may have ended, but guests and hosts departed with their minds and bellies fuller than they were before. Some even kept the party going. Media Potluck inadvertently launched Cap's career in journalism, and their coverage of eclectic media continues over on Consequence of Sound and The Nerdy Show Network, interviewing the likes of Phil Collins about the game show theme he wrote for Miami Vice and getting the full story from Barry Levinson about his unsung masterpiece, TOYS (to cite but two examples). Meanwhile, Nick has gone on to create  media worthy of being discovered by future potluckers with his ever-growing resume of video work.

2008-2010 were formative years filled with special memories. May these encapsulated moments and media discoveries fill you up, and whet your appetite for the next feast. 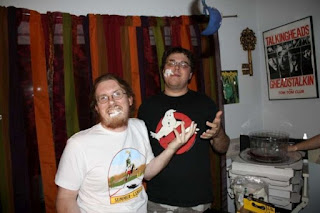